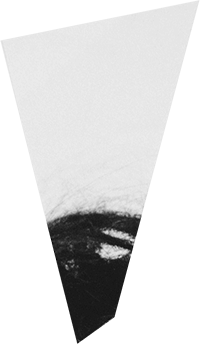 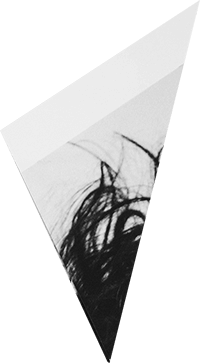 Multifaceted Vocalist, composer and multiinstrumentalist Andrina Bollinger (1991) has never shied away from exploring and pushing sonic boundaries, playing with contrasts and creating from different musical genres.

Besides close collaborations with her Avant-Pop Duos Eclecta & JPTR and her work as a composer for theatre, film & dance, Andrina’s soloistic path focuses more on the strength in the fine, reduced and quiet structures.
Allowing herself to be driven by instinct and embracing the simplicity and rawness of the voice while creating a powerful interplay with her fellow musicians, she’s guiding the listener through a caleidoscopic sound spectrum of Avantgarde-Pop and her joy for rhythmical experiments.

Andrina is releasing her solo debut-album "Secret Seed" on the 14.10.2022, published by Mouthwatering Records.

In 2021, Andrina wrote & produced the soundtrack for the Swiss documentary "Harald Naegeli - der Sprayer von Zürich" as well as spoke as the off-voice through the german version of the movie.

In Mai 2018, June 2019 & May 2020 Andrina collaborated with LAB junges Theater Zürich on three theatre plays at Theater Neumarkt, Kulturmarkt and Zirkusquartier in Zurich. In "Träumt ein Wal vom Menschsein“, Andrina got asked to write the music & create the sound design for it as well as be part of the performance. The piece was an analysis of the future, thinking about the difference between humans and androids. "Mini Stadt" was a piece about space and property, the development of the city of Zurich and gentrification. "Whatever Love means" was looking for answers about the concept of love through feminist comics, alernative relationship-models and self-experience.

Together with Marena Whitcher, Andrina was active in their Performance-Pop-Duo Eclecta from 2010-2020. They released their Debut-Album „A symmetry“ in May 2016, the second album "Open Other Doors" followed in October 2020. Both albums met with great approval in the national and international Jazz/Pop Scene and has led to cooperation with the Berlin based Booking Agency Handshake-Booking. Eclecta played shows in Germany, Switzerland, Italy and Russia/Siberia.

With her Art Pop Duo JPTR, she released a song plus videoclip on every fullmoon in 2016. Their debut-album was released in April 2017, followed by two EPs in 2018 and 2021. JPTR played at renowned festivals like Schaffhauser Jazzfestival, M4Music Zurich and Pod Ring Biel and got featured in international blogs like XLR8R (US, FAMEmagazine (UK), Brooklyn Radio (US), Kaltblut (DE), Intro Mag (DE) and many more.
JPTR’s Videoclip for their song "Master Babe“ was nominated for „Best Swiss Video-Clip 2016“ and was screened at the „Solothurner-Filmtage".

In 2014, Andrina took part in „Common Stage“, a four week interdisciplinary collaboration in Hong Kong with the Hong Kong Acadamey for Performing Arts (HKAPA) and the ZHdK. Since 2018, she’s taking lessons with the Argentinian Singer Eugenia Visconti in Berlin

From 2019-2022, Andrina taught bachelor and master-students at the WIAM Winterthurer Institut für aktuelle Musik in singing lessons and sightreading classes and is currently teaching at MKZ Musikschule Konservatorium Zurich.

2020 Förderpreis of the canton of Zurich for her project Eclecta

2018 "Atelier-Stipendium Berlin" from the City of Zurich, that allowed her to focus on her creative work from August 2018 until February 2019 and to train her voice with the Argentinean singer Eugenia Visconti.